Commercial paper (CP) is unsecured short-term promissory notes issued primarily by corporations, although there are also municipal and sovereign issuers. It represents the largest segment of the money market. The vast majority is issued as discount instruments in bearer form. In the United States, terms rarely exceed 270 days, since this exempts the paper from registration under the 1933 Act. Terms may be as long as a year outside the United States, but most commercial paper is issued for terms of about a month. Yields are quoted on a discount basis. Virtually all countries use an actual/360 basis, but the United Kingdom uses an actual/365 basis.

The market first developed in the United States during the nineteenth century. America's industrial revolution was starting, and the fractured, localized banking industry was ill-equipped to meet the liquidity needs of emerging industrial corporations. If a textile mill was unable to secure loans from local banks, it might raise the funds by issuing promissory notes in New York, Boston or Philadelphia. Very likely, the purchaser would be a bank in one of those financial centers, so commercial paper was a vehicle for raising short-term funds out-of-state in the absence of cross-state banking.

It wasn't until the 1980s that commercial paper was first issued outside the United States, reflecting a global trend towards disintermediation of banks.

Unlike bonds or other forms of long-term indebtedness, a commercial paper issuance is not all brought to market at once. Instead, an issuer will maintain an ongoing commercial paper program. It advertises the rates at which it is willing to issue paper for various terms, so buyers can purchase the paper whenever they have funds to invest. Programs may be promoted by dealers, in which case the paper is called dealer paper. Larger issuers, especially finance companies, have the market presence to issue their paper directly to investors. Their paper is called direct paper.


There is an inactive secondary market for commercial paper, but dealers will make a market in paper they issue. Direct issuers will generally honor requests to repay commercial paper early. Some do so at principal plus accrued interest, although this might invite abuse. Others credit interest based on the rate the investor would have received if he had purchased the paper with a term equal to his actual holding period.

Commercial paper entails credit risk, and programs are rated by the major rating agencies. Because commercial paper is a rolling form of debt, with new issues generally funding the retirement of old issues, the main risk is that the issuer will not be able to issue new commercial paper. This is called rollover risk. Many issuers obtain credit enhancements for their programs. These may include a line of credit or other alternative source of financing. Exhibit 1 summarizes the credit ratings assigned to commercial paper by Moody's, Standard & Poor's and Fitch.


In the United States, commercial paper offers yields above T-bills. This is due both to their credit risk and the fact that interest from T-bills is not taxed at the state and local level.

Every business day, the Federal Reserve reports the previous day's average rates on commercial paper for several maturities and types of issuers. These CP rates are a standard index used as an underlier in various interest rate swaps and other derivatives. 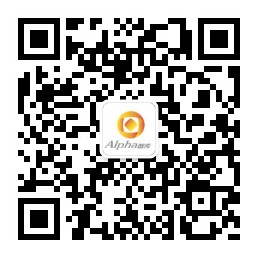